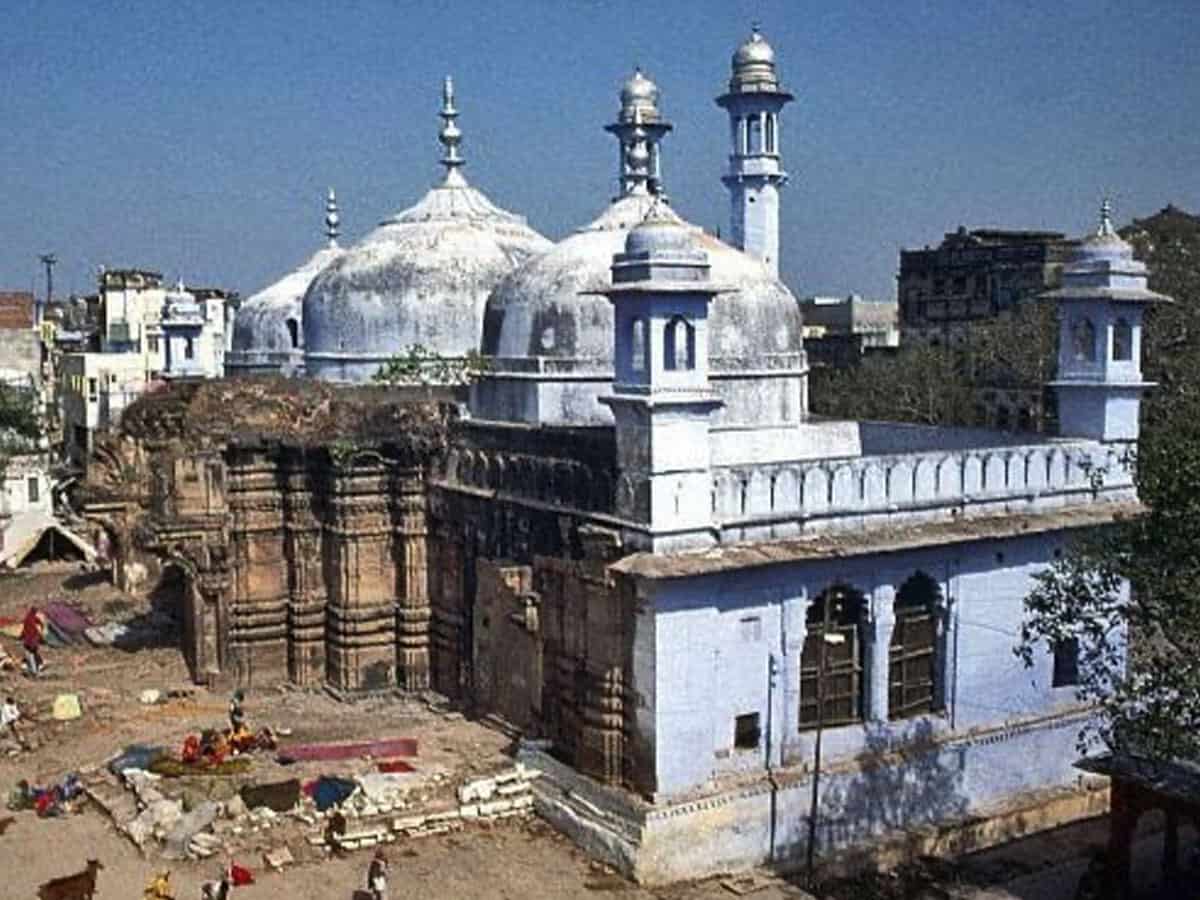 Varanasi: The videography survey of the Gyanvapi Masjid complex in Varanasi resumed on Saturday amid tight security arrangements, officials said.

The mosque management committee has indicated that it will cooperate for now with the team assigned the task by a local court.

“The authorised persons — all parties, their advocates, court commissioners and videographers — have reached the spot, and the survey has started,” District Magistrate of Varanasi Kaushal Raj Sharma told PTI.

The mosque is located close to the iconic Kashi Vishwanath temple and the local court is hearing a plea by a group of women seeking permission for daily prayers before the idols on its outer walls.

An important meeting was held with all parties concerned on Friday, Sharma had said earlier, and added that an appeal was made to them to cooperate in the commission’s work and the maintenance of law and order.

Police Commissioner of Varanasi A Satish Ganesh also told PTI that the survey has started.

In his order on Thursday, District Civil Court (Senior Division) judge Ravi Kumar Diwakar had turned down a plea by the mosque committee to replace Ajay Kumar Mishra, who was appointed advocate commissioner by him to survey the Gyanvapi-Gauri Shringar complex.

The judge also appointed two more advocates to help the commissioner with the survey and said it should be completed by Tuesday.

Lawyers representing the Hindu and Muslim sides were present at the meeting held on Friday by the district magistrate.

Also on Friday, the Supreme Court refused to grant an interim order of status quo on the survey. The top court, however, agreed to consider listing the plea of a Muslim party against the survey.

The survey was stalled last week amid objections by the mosque committee, which claimed that the advocate commissioner did not have the mandate to film inside the premises. The committee accused him of bias and filed a plea for his replacement.

Advocate Madan Mohan Yadav, who is appearing for the Hindu side, had said the three court-appointed advocate commissioners, five lawyers each from the two sides and an assistant besides a videography team will carry out the survey.

People attended Friday prayers amid tight security outside the mosque.

In its order on Thursday, the district court said locks should be broken if the keys are not available to access certain areas of the complex for the survey.

It also asked the district authorities to register FIRs if the survey was not allowed.

Odisha to witness heatwave for next 3 days

Bhubaneswar: The temperatures will rise across Odisha for the next three days, informed the regional center of India Meteorological Department in...

Petrol and diesel prices fall in Bhubaneswar, Check rates in your city

Bhubaneswar: The petrol and diesel prices have decreased in Odisha’s capital city Bhubaneswar on Saturday. The petrol price has been...

A good plot can’t save a television show if all the characters are terrible, since TV is all about characters....

Super Eagles striker, Victor Osimhen has been named the best under 23 player in Serie A for the 2021/22 season. The...