Hoodlums protesting the arrest of the suspected killers of Deborah Samuel have destroyed the Sokoto Diocese of the Catholic Church headed by Bishop Matthew Kukah.

It was gathered that the violence in the state has forced Bishop Kukah, a outspoken government critic, to flee the Northwest state.

According to Peoples Gazette, St Bahkita, which serves as the secretariat of the diocese, was set alight by the thugs according to pictures and videos shared online.

Following geo-location, the video showed that the church along Aliyu Jodi Road was the same building claimed to have been burnt by rampaging thugs.

When contacted by The Gazette, Mr Kukah said he was on his way out of Sokoto. The windy background on the bishop’s end of the call confirmed he was indeed on the move.

Fani-Kayode Is A Man With Schizophrenic Mindset, Surviving On Cash-and-carry Loyalty – Ortom

Governor Samuel Ortom of Benue State has lambasted a former Minister of Aviation and All Progressives Congress (APC), Femi Fani-Kayode.

In a statement on Saturday by his Special Adviser, Media and Publicity, Terver Akase, Ortom described the former Minister as someone who survives on cash-and-carry loyalty.

While reacting to a statement credited to Fani-Kayode, where he asked Ortom to “take charge of security in their states and not just leave the problem to the President alone,” the Benue State governor said APC chieftain is a merchant of acrimony who often embarks on narratives sterile in substance and only good enough for the cesspit.

He stated that if any Nigerian fails the qualifying test for counseling a leader on matters of good governance, that Nigerian is Femi Fani-Kayode.

Governor Aminu Waziri Tambuwal of Sokoto State has declared a state-wide curfew following the break out of violent protests for the release of those who killed Deborah Samuel.

Naija News had reported earlier that Deborah was lynched and set ablaze by her Muslim colleagues for allegedly insulting Islam’s Prophet Mohammed.

The angry mob had stormed Deborah’s hostel, dragged her out before beating her to death and setting her body ablaze.

The Sokoto State Police Command later announced that it had arrested two suspects, with investigations going on to arrest more killers.

Why I Dropped My Kebbi Governorship Ambition – AGF Malami

The Attorney-General of the Federation and Minister of Justice, Abubakar Malami has given reasons he dropped his ambition to become the next governor of Kebbi State.

Recall that President Muhammadu Buhari had on Friday held a valedictory session for members of his cabinet who are resigning to pursue their 2023 political ambitions, which was attended by Malami.

Malami, however, on Saturday in message to newsmen confirmed that he has pulled out of the Kebbi State Governorship race.

The minister said, “I have not resigned as the Attorney General of the Federation but have only withdrawn from the Kebbi governorship race.”

After much anticipation by candidate, the Joint Admissions and Matriculation Board (JAMB) has finally released the 2022 Unified Tertiary Matriculation Examination( UTME).

The results, however, were not uploaded on the examination body’s official website as usual, but a simple method of checking has been provided for the time being.

Naija News reports that Head, Public Affairs and Protocol, JAMB, Fabian Benjamin, revealed this in a statement on Saturday.

Different from the traditional way, the exam body this time, directed candidates to send UTMERESULT to 55019 using the same phone number that was used for registration to get their JAMB results on the palms.

The ruling All Progressives Congress has shifted the screening of the twenty-eight presidential aspirants who have submitted their nomination forms to the 23rd of May.

According to the APC, the party would screen the remaining presidential aspirants on the 23rd of this month.

The development was confirmed in a statement released by the National Organising Secretary of the party, Sulaiman Argungu, on Saturday.

Twenty-five presidential aspirants have successfully submitted their All Progressives Congress (APC) expression of interest and nomination forms and are set to face the screening panel of the ruling party.

Naija News reports that the screening which will last for two days will involve 25 of the 29 that purchased the forms.

The APC had fixed Friday May 13th, 2022 as its deadline for the submission of all forms.

It was gathered that as at 9pm on Friday night former President Goodluck Jonathan and the Central Bank Governor, Godwin Emefiele had not submitted the forms bought for then by “friends and well-wishers”.

A source told The Nation that the legal directorate of the party on Thursday began the vetting of documents submitted by all aspirants with a view to determining the authenticity of the papers.

A source in the department said the party leadership learnt a big lesson from the last minute disqualification of the party’s governorship candidate and his deputy in Bayelsa State due to some lapses in the documentation of the then deputy governor-elect.

Ministers Who Resigned Can Only Be Reappointed After Senate Confirmation – Falana

Human rights lawyer, Femi Falana has stated that ministers who resigned from the cabinet of President Muhammadu Buhari due to their political ambitions can only be reappointed after Senate confirmation.

Recall that President Buhari directed ministers with political ambition to turn in their resignation on or before May 16.

The development saw some ministers submit their resignation letters, while President Buhari met with the outgoing ministers on Friday.

Ngige. however, announced his withdrawal from the 2023 presidential election in order to focus on his work.

There are reports that the Attorney-General of the Federation and Minister of Justice, Abubakar Malami has withdrawn from the Kebbi governorship race.

The Economic and Financial Crimes Commission (EFCC) has commenced a discreet investigation into the finances of the presidential aspirants of top political parties in the country.

It was gathered that the EFCC has asked the Independent National Electoral Commission to furnish it with the bank accounts and other financial details of 18 political parties in the country.

This following the high fees paid for expression of interest and nomination forms by aspirants planning to contest in the 2023 general election.

The son of a former Inspector-General of Police, Mohammed Abubakar, Jamil Abubakar on Friday night defended the call for death as punishment for blasphemers.

According to Jamil, who is the President of JMD Foundation, a non-profit organisation, the punishment for blasphemy is death.

Jamil stated this amid the killing of Deborah Samuel, a student of Shehu Shagari College of Education, Sokoto killed for alleged blasphemy against Prophet Muhammad (SAW).

The son-in-law of Africa’s wealthiest man, Aliko Dangote stated that all religions preach against blasphemy and warned people to respect people’s religion.

OPD will remain closed on 16th May on account of Buddha Purnima: AIIMS Bhubaneswar

President of Nigeria’s Senate, Sen. Ahmed Lawan, according to reports available to PoliticsExtra is running for another term as Senator...

Two persons have been confirmed dead in a clash between two rival cult groups in the Mowe-Ofada area of Ogun...

Paris Saint-Germain confirmed on Friday that Argentine winger Angel Di Maria will leave the club after seven years with the...

Real Madrid’s last game before the Champions League final against Liverpool ended in a goalless draw against Real Betis on...

Microsoft co-founder and billionaire philanthropist Bill Gates has revealed that he uses Samsung‘s Galaxy Z Fold 3 as his daily...

Serie A: Abraham nets brace as Roma warm up for final with win

English striker Tammy Abraham scored twice as Roma defeated Torino 3-0 in their final Serie A game of the season...

The Federal Government says at the conclusion of the on-going reform in the creative industry and advertising sector, the country...

Benito, the son of popular rapper Abdulrasheed Bello, also known as JJC Skillz has insisted that all is not well...

The Federal Airports Authority of Nigeria has explained to the general public of an incident in which an unidentified human...

Former 90 Day Fiancé: The Other Way star Deavan Clegg made a cryptic Instagram post that fans think is about...

Germany coach Hansi Flick on Thursday named no uncapped players in his squad and recalled Marco Reus for next month’s... 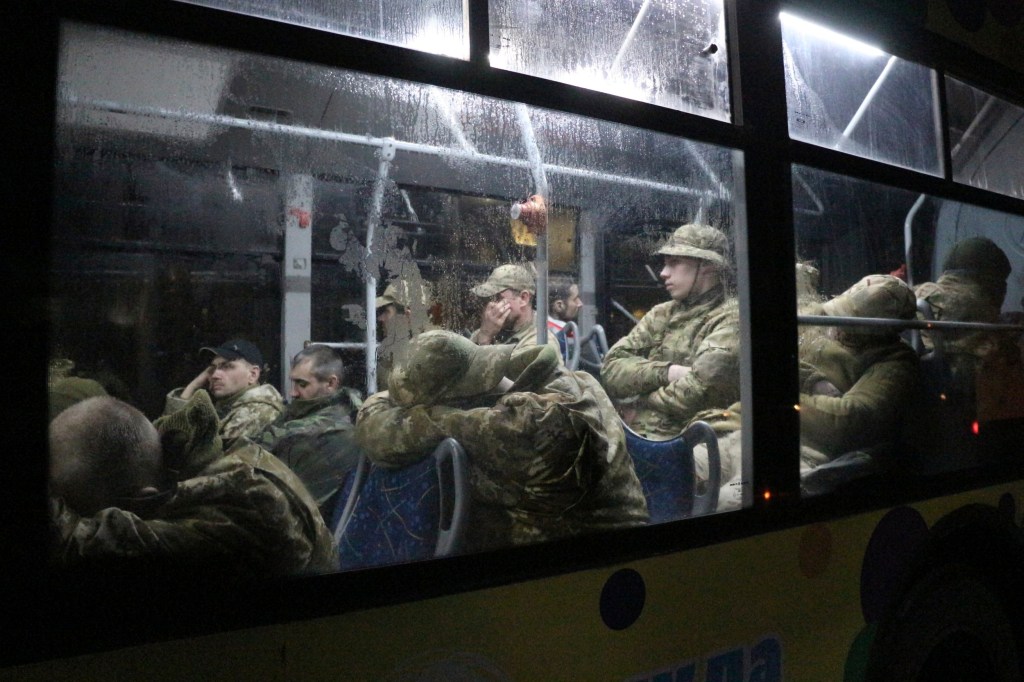 The All Progressives Congress primary election exercise scheduled to hold in the South East on May 26 has been shifted....

After powering through the six heartwarming episodes of Love on the Spectrum U.S., fans are likely Googling all the main...