David Okereke scored within the first minute as Venezia frustrated European hopefuls AS Roma 1-1 at the Stadio Olimpico hours after being relegated from Serie A on Saturday.

Salernitana’s 1-1 draw at Empoli earlier in the day had sent down bottom team Venezia who had rejoined the top flight last summer.

Spezia ensured top flight safety with a 3-2 comeback win at Udinese as Salernitana boosted their chances of survival with a seventh consecutive match unbeaten to move out of the relegation zone with one match left to play. 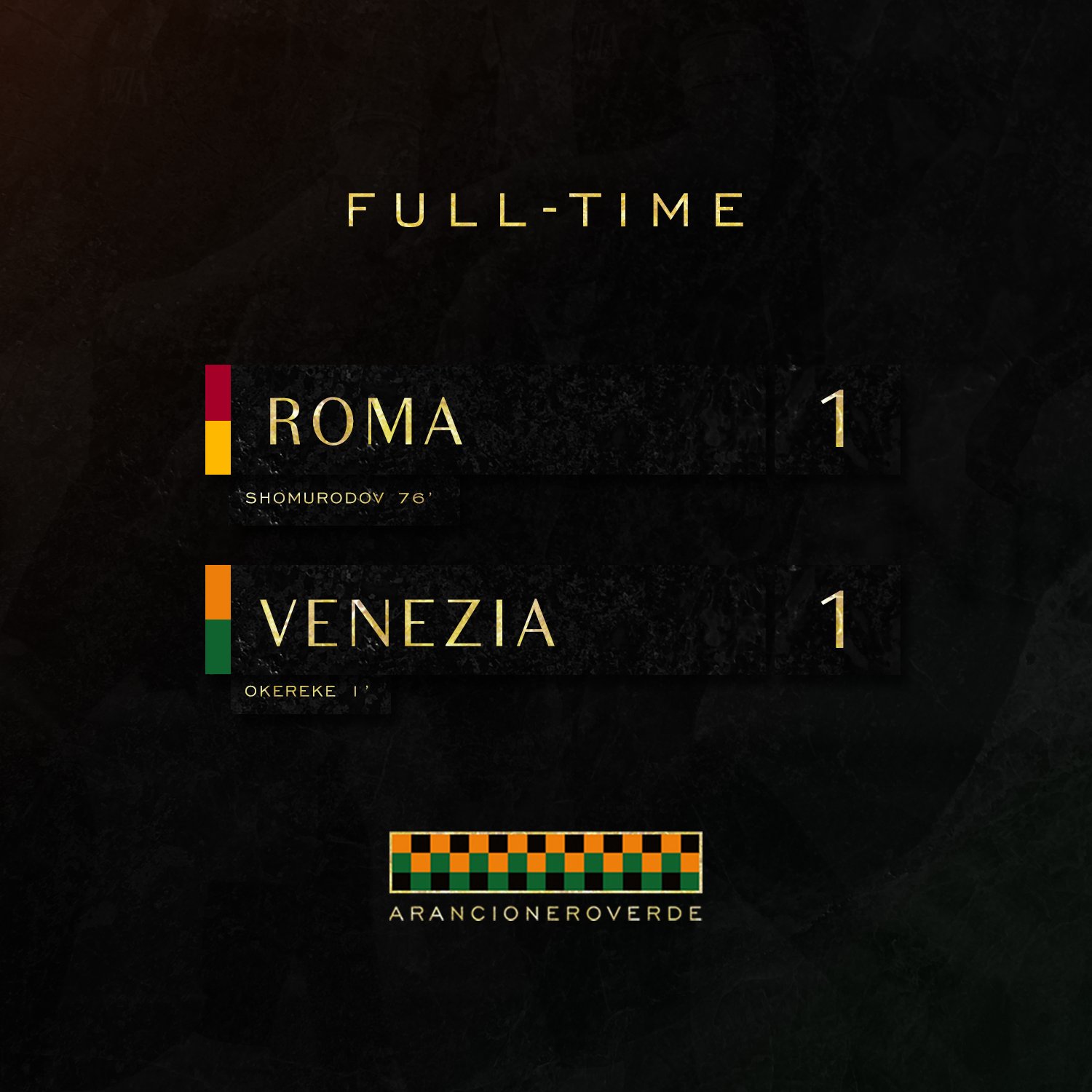 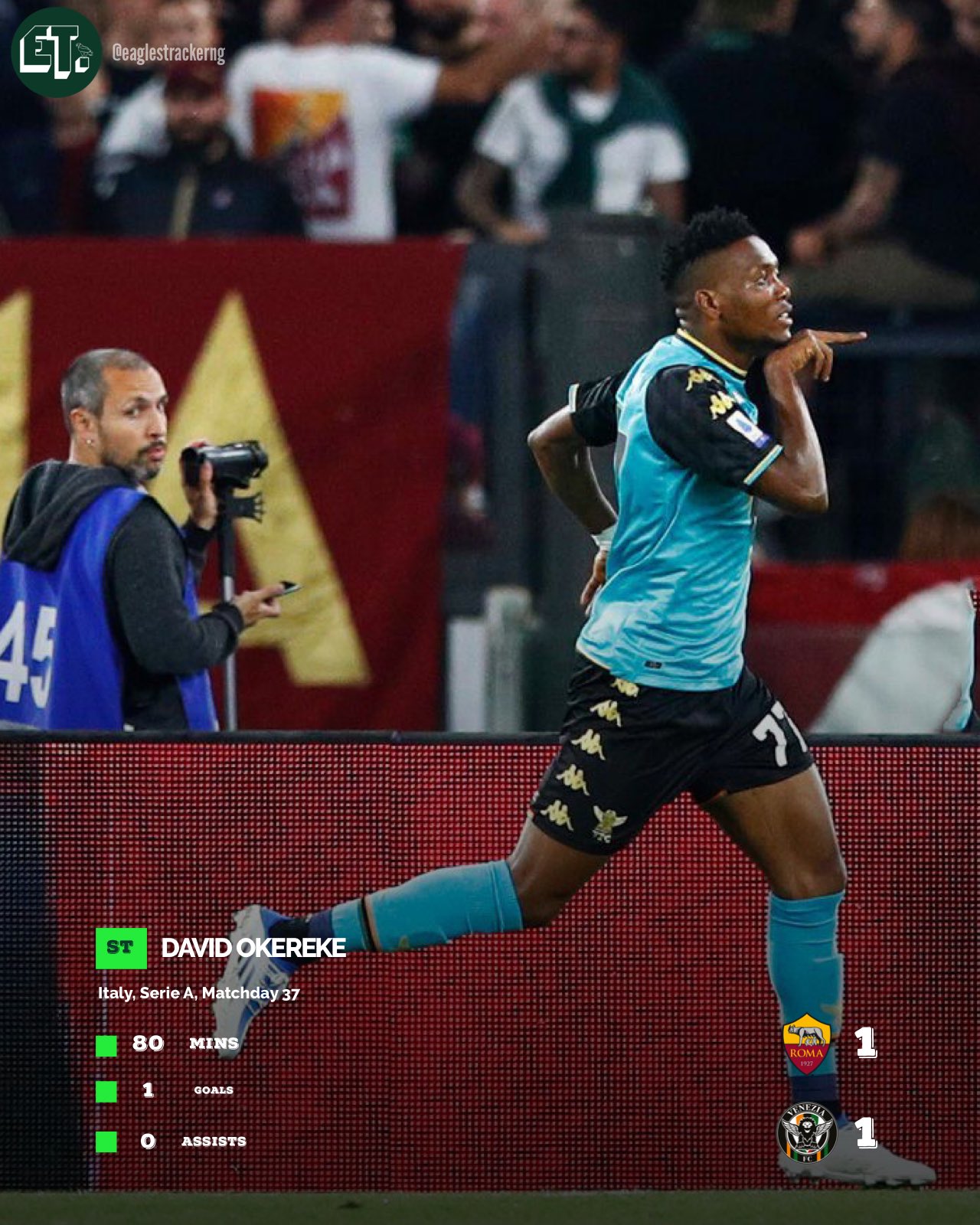 In Rome, Okereke’s flicked header 50 seconds into the game shocked Jose Mourinho’s side who are sixth and battling for a Europa League place with Fiorentina just one point behind before travelling to Sampdoria on Monday.

Roma proved wasteful in their final game of the season in the Stadio Olimpico, hitting the woodwork four times with more than 40 shots on goal against 10-man Venezia who had Sofian Kiyine send off in the first half.

Roma substitute Eldor Shomurodov blasted in the equaliser in the 76th minute but the result is a blow for Roma’s European qualification hopes.

The capital side next play away to Torino, before next Wednesday’s Europa Conference League final against Feyenoord.

Earlier Salernitana missed the chance to claim almost guaranteed Serie A survival after Diego Perotti had a late penalty saved at Empoli.

Perotti’s spot-kick was pushed aside by man-of-the-match Guglielmo Vicario, who made a series of superb saves to stop Salernitana from gaining a win which would have moved them five points clear of the relegation zone ahead of their rivals matches this weekend.

Davide Nicola’s team sit 17th and two points ahead of Cagliari who are just inside the drop zone and face title-chasing Inter Milan in Sunday’s late match.

The draw is a not a dreadful result as Cagliari must beat reigning champions Inter to move out of trouble in place of Salernitana. 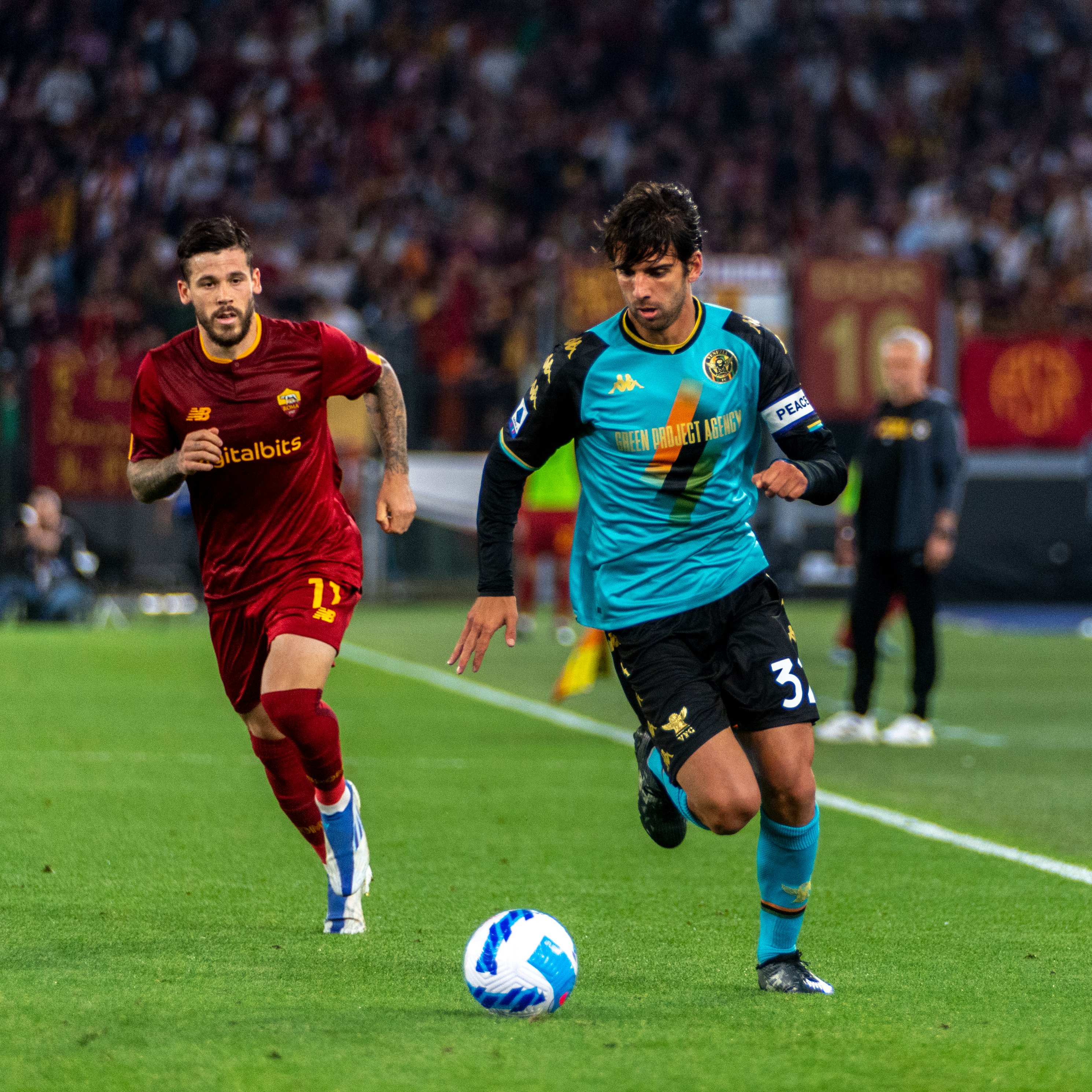 Before their current run of four wins and three draws Salernitana had been rooted ot the bottom of Serie A the whole season.

And Federico Bonazzoli sent the 7 000 away fans wild in the 76th minute when he levelled Patrick Cutrone’s first-half opener for the home side.

That goal also means that Genoa, who are three points back in 19th, cannot overtake Salernitana even if they win at Napoli as they have the worse of the head-to-head record which decides placings for teams locked on the same points.